The plants above have naturalized in a weedy prairie to the south and west of my house just across the street from Denver in unincorporated Arapahoe county. They look remarkably like the wild plants I first saw in late January of 1994 near Springfontein in the the prairies west of the Drakensberg (Maloti) mountains. This picture taken September 9, 2014.

Seed first collected in January, 1994 near Springfontein, in the Orange Free State.

The plants pictured above were among the first to be grown from that seed in 1995.

A self sown seedling that appeared in a chink of a wall at Denver Botanic Gardens shows the growth habit–slightly shrubby and distinct from most other hardy delospermas. 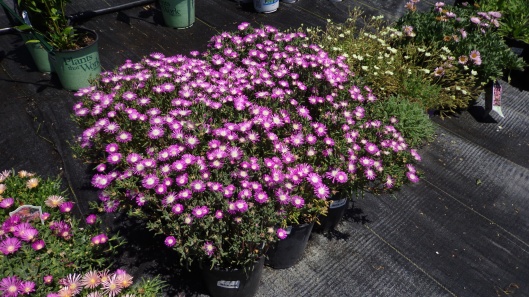 Type specimen at the Bolus herbarium: