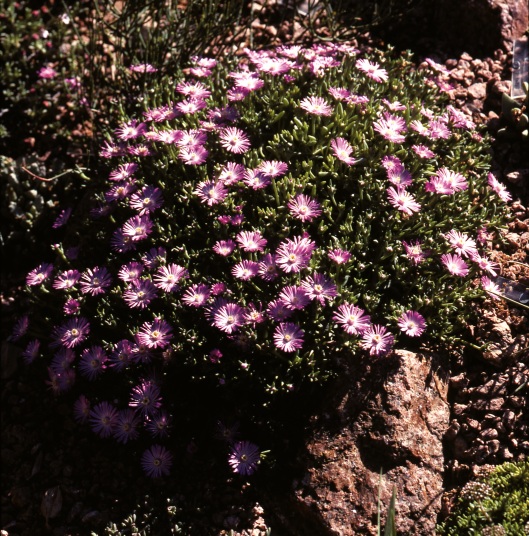 Above is a scanned image of a plant I grew in the 1990’s from cuttings taken from specimens sent to Denver Botanic Gardens in 1989 by John Lavranos collected on Naude’s Nek–likely from a plant near (or the same) as the one pictured above. It is a smaller, more delicate plant than the larger specimens common nearby at Tiffindell–but both have been distributed as D. lavisiae--alas. Now sadly, this accession is lost to cultivation as far as I know in the United States. It was variable in flower color, but consistently a very compact, small leaved mounding plant. Perhaps some seed is tucked somewhere and we might re-generate it!